Our story with CMV… 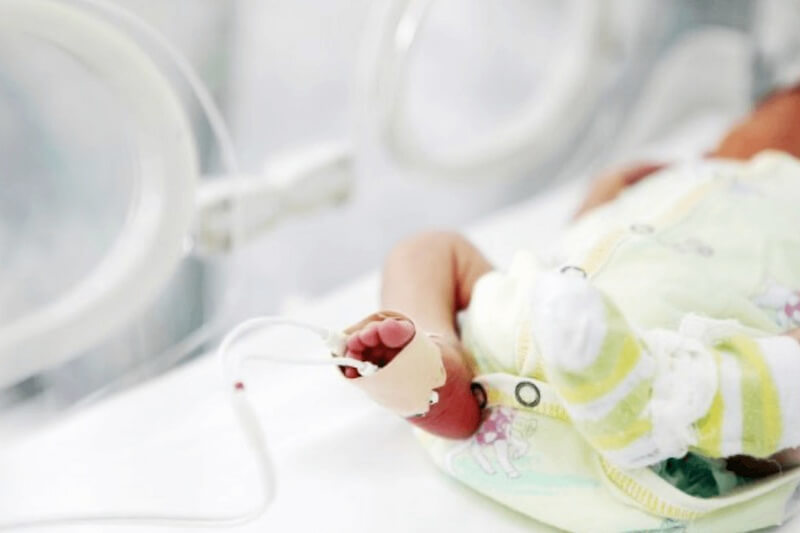 It’s one of those things you think will never happen to you.

Despite having two other living children, and a history of miscarriages, premature births and high-risk pregnancies, I had never even heard of cytomegalovirus, or CMV as it’s often called, when doctors delivered the crushing news.

My daughter was five months old, and we’d spent almost half of her young life in the NICU following her early arrival at just 28 weeks gestation.

She had microcephaly, failed her newborn hearing screening, was having difficulty feeding, and had been diagnosed with failure to thrive.

When the next lot of test results arrived, we discovered she was profoundly deaf bilaterally. As her health complications mounted, my mother’s instinct told me something wasn’t right.

Bella had so many feeding issues and just didn’t behave like my other children. There were lots of muscle control issues, and she wasn’t my first premmie.

So when she was referred to an ENT for assessment for cochlear implants, I pushed for an MRI of her brain, and her newborn screening bloods were recalled.

I received both results on the same day.

She had been positive for CMV at birth, and the MRI brain scan showed extensive damage as a result.

They estimated I must have contracted the virus at just eight weeks gestation.

I never had any symptoms of the virus, and the damage was never picked up in any of my ultrasounds during pregnancy.

I still clearly remember the day I was told, sitting in the office with the paediatrician and being told Bella had cerebral palsy, epilepsy and would have many life-long challenges.

I knew there was something wrong, but I didn’t expect all those diagnoses. She was just my little baby and still looked so perfect in my eyes.

It was such a whirlwind time because a week after being given this information my daughter went in for cochlear implant surgery.  Given her prematurity, she was only 5kg and the ENT said she was the smallest patient he had ever operated on, but he did an amazing job.

It was heartbreaking to learn our little girl was going to have life-long challenges, but I am incredibly grateful for every day I get to spend with her.

I only had two precious days with our previous baby, a boy, who was born at 24 weeks, so every day we have with Bella is a blessing.

What is cytomegalovirus or CMV?

Cytomegalovirus (CMV) is a part of the herpesvirus family, and related to the viruses that cause chickenpox and mononucleosis (mono).

CMV Australia estimates one in two people have been infected with CMV by young adulthood, and up to 85 per cent of us will have it by 40 years of age.

Peaks of infection occur in children under two, especially those regularly in childcare settings, and during adolescence, with transmission occurring through saliva, nasal mucous, urine and sexual contact.

Once a person becomes infected, the virus remains alive but dormant, unless it is reactivated during a period of lowered immunity – such as pregnancy.

Studies have shown that 6 out of 1000 Australian babies will be born with congenital CMV infection and 1-2 of those 6 infants will have permanent disabilities of varying degrees.

These can include hearing loss, vision loss, small head size, cerebral palsy, developmental delay or intellectual disability, and in rare cases, even death.

How can people prevent CMV?

CMV will not cause severe symptoms for most people, but pregnant women should take steps to reduce their risk of exposure.

Childcare workers and anyone who has had CMV in a previous pregnancy might like to consider antibody testing before conceiving, to ensure levels are low enough to reduce transmission risk to the baby.

Where can people learn more about CMV?

When I started to research CMV, there was very limited information available. There weren’t even antivirals then, and we really didn’t know what the future would hold – if she would ever be able to walk, say mum, what her life expectancy would be, or what other complications she would go on to have – like epilepsy and hearing and vision impairment.

We will continue to fight and advocate for Bella like we do for all of our children.

We have travelled all over the country and even to the US seeing different specialists and trying different therapies.

We also use a lot of natural therapies with Bella which has really helped on this journey.

This also helped me realise my passion of helping and supporting other children with special needs in my work as a naturopath.

We really don’t know what the future will hold and there have been many mums who have become dear friends on this same journey who have lost their precious children along the way, so all we can do is keep on fighting and really enjoy every day we have with Bella.

How is Bella today?

However, she has an amazing personality and determination. She has a never give up attitude which led her to learning how to walk at four years old after lots of therapy.

She can’t walk long distances but can walk around the house which gives her some independence.

Her health has really been up and down and our biggest struggle is her refractory epilepsy.

A big cluster of seizures took away her ability to swallow safely without aspirating which led to needing a PEG to feed.

My parenting style has definitely changed over the years and I’ve learnt not to sweat the small stuff.

It has also been incredibly challenging, especially for my other children, having a sister that is medically fragile and watching on as we’ve had to work to save her life during seizures, which is very stressful to witness.

But they absolutely love their little sister and are her biggest supporters. They always include her and make sure she can join in whatever activity they are doing.

Their love for each other and their bond is beautiful.